The last few years I have been less active as a writer. I want to update this diary to another important thing I believe I’ve learned.

In the last few years in particular, it has become increasingly clear to me how rare it is for most people to entertain two (either *seemingly* or real) contradictory viewpoints at the same time. Increasingly, thoughtful moderates are the new radicals in our society. Intellectual laziness and mental shortcuts often lead to black and white thinking.

In the spring of 2019 I entered BTC for the first time in size, after a years long fascination. In the early summer of ’20 I started experimenting on the Decentralized Finance ecosystem (on-chain activity on Ethereum). Fast forward to today and I am super conflicted about my current sizeable BTC and ETH position (in the last few months, I no longer hold any ETH tokens and have all exchanged them for ETH).

Synthesizing these two points in one Naval quote: Bitcoin is a tool for freeing humanity from oligarchs and tyrants, dressed up as a get-rich-quick scheme. Or, as human rights activist Alex Gladstein put it on this podcast: the Trojan Horse was irresistibly beautiful on the outside, so the Spartans let it in (even though prominent voices warned something was off). Likewise, for the autocratic ruling classes, Bitcoin is welcomed as a number-go-up technology on the outside, and a freedom-go-up technology on the inside.

But here’s the thing. Even if certain projects are revolutionary and innovation is happening very quickly right now, that does not make e.g. ETH a good risk-reward right now per se. Indeed, very hard to tell at hundreds of billions in market value. Almost no one can build an analytical model, and tokenomics experts are numbered.

Here’s my point: what is the % of people with this nuanced view? I believe it is in the single digits. Maybe crypto is just polarizing, but so are many other things.

I recently attended a book club meeting, and one topic was whether country A was more corrupt compared to country B (corruption in both country A and B is very low on a global benchmark). I interjected the heated discussion by sharing the idea that “corruption might be unfair (between citizens), but a small bit might be beneficial for society as a whole, to keep a well developed country running, and away from gridlock against building new highways, bridges etc. (it provides some concentrated benefits to politicians to nudge them to fight more against e.g. not in my backyard phenomena)”. I also added immediately that I am not working for the government, nor anyone in my family (i.e. I have nothing personal to gain by defending “a bit of” corruption as a necessary evil to avoid gridlock). To be honest, I’m not convinced of this argument myself. But the rash reaction was interesting in itself though, and unanimous. It felt like no one at the table even considered my point for a second, it was thrown out immediately with no’s and scolding.

Say what you will about the European ETS market for CO2 emissions, but it provides the cheapest manner of saving CO2. The invisible hand through the certificate market guarantees the most efficient capex projects to save emissions if the EU decides to curb the annual emissions target. Politicians will come up with ideas du jour of how to save CO2, but the cost of saving CO2 through solar panels and wind turbines in countries with little sun nor wind, let alone residential solar panels, ranges from 5 to 20X more expensive when compared to curbing ETS emission certificates.

Criticism is that the CO2 emissions market opens up possibilities for corruption (e.g. companies and industries each lobby with politicians to get the highest grandfathering of certificates at the beginning of each period). Note that this criticism is in my opinion very justified. But the unfairness between participants does not detract from the fact that ETS is by far the most efficient mechanism to save CO2. Ex-post the unfair handouts,  the market will still do its magic, and the easiest CO2 saving projects will get done.

I personally tried to survey the scientific evidence for and against the new revolutionary mRNA technology before making a decision. I came to the conclusion I was personally unable to reject the notion that this particular technology was a bad risk reward for me personally (I tried to find the leading edge arguments against, and got so far to find out that most were made in bad faith with factual inaccuracies and half-truths), and decided to get vaxxed.

Anecdotally, most anti-vaxxers around me have absolutely no reasonable arguments against the medical safety. But let us not conflate this with being certain we are right per se (see also: crypto tourists).

It seems like society split in two through a decision of (in)action. My personal view of organizing society post-CV19 is to abolish all special government policy for CV-19 in terms of restrictions (i.e. what Singapore and Scandinavian countries are doing). It seems to me that those that now have self-selected for low medical risk are autistically trying to clamp down on human rights on those that have self-selected for a riskier lifestyle. Mostly in the name of denying the latter a choice they already made, and absolute truths.

I might very well be wrong in this view. In fact, my conviction here is low compared to the other arguments laid out above. But the point is: how many people are both vaxxed and in favour of abolishing all centralized CV-19 government policy? (private pubs, restaurants can still cater to vulnerable people with very restrictive rules!). Few.

How many “conspiracy theories” have become “scientific” consensus in the last year? This Lex Fridman podcast with Richard Dawkins digs deeper into the propagation and evolution of (conspiracy) ideas.

Why should I even bother to look closer into crypto, DeFi and NFT’s, a domain that’s being touted right now by a lot of stupid people around me?

Why should I even begin to consider that an unfair phenomenon could be beneficial for society in aggregate?

How is not having a hostile environment against coal, gas and oil extraction even compatible with the energy transition?

All models are wrong in some ways. Reality is messy. Ask: how is this wrong? Nourishing a small ego has always been a superpower, especially in the political and investing sphere. In today’s world littered with short term information, contrasting the short term with the long term perspective is a growing superpower.

Thinker on radical ideas that make you smirk. These are a good starting point to gain an edge.

I welcome your examples in the comments! 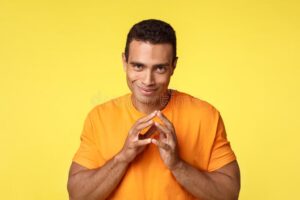 “A little bit of corruption is good”

A recent idea that made me smirk: Radical Markets – Marrying Classical Liberalism and Common Ownership (Marxism)